Soldier from Andhra among victims of chopper crash 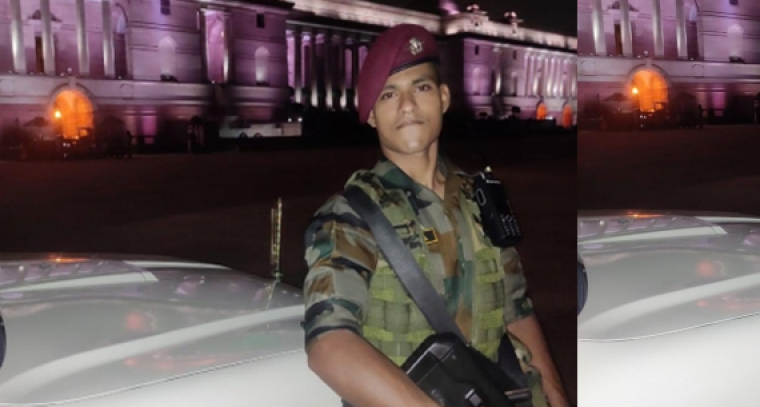 Amaravati, Dec  (IANS) A soldier from Andhra Pradesh was among those who were killed with Chief of Defence Staff Gen Bipin Rawat in the helicopter crash at Coonoor in Tamil Nadu on Wednesday.

Lance Naik B. Sai Teja, serving as Personal Security Officer to the CDS, was among 11 who died along with Gen Rawat and his wife Madhulika Rawat.

Hailing from Chittoor district of Andhra Pradesh, Sai Teja (27) is survived by wife Shyamala, son Mokshagana, 4, and a daughter Darshini, 2. Son of a farmer, he came from Eguva Regada village in Kurabala Kota mandal.

Belonging to the Kuruba community, Sai Teja joined the Indian Army in 2012 as a sepoy, and was later selected for para commando training. Last year, he was appointed as PSO to the CDS.

Sai Teja's family, which lives in Madanapalle town, received the shocking news of his death in the crash, barely a few hours after he spoke to them over phone. The soldier made a video call to wife and children at 8.45 a.m.

A pall of gloom descended in Madanapalle and Sai Teja's native village. His wife and children left for the village in the evening.

Political leaders cutting across party lines, senior police officials and people from various walks of life have mourned the death of the young soldier.