'Missing baby' to be brought back to Kerala from Andhra Pradesh 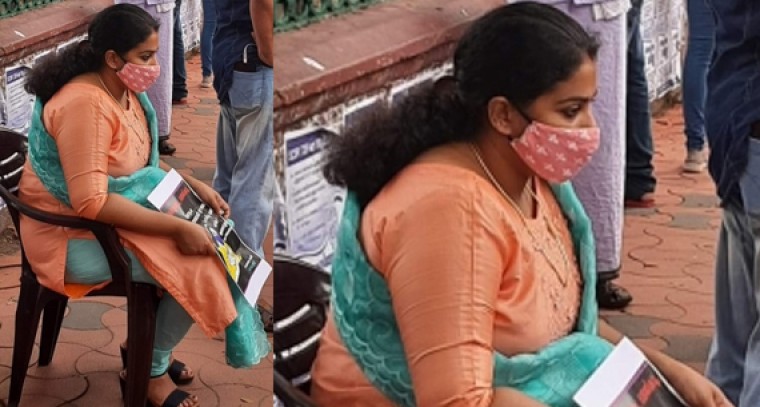 Thiruvananthapuram, Nov 18 (IANS) The Child Welfare Committee (CWC) has directed the Kerala State Council for Child Welfare (KSCCW) to bring back the baby which was allegedly snatched away from its mother and given up for adoption in Andhra Pradesh, within five days.

The late Wednesday night order brought a much awaited relief to 22-year-old Anupama sitting on an indefinite protest before the Council demanding removal of the top office-bearers of KSCCW and CWC, who she alleged, are behind handing over of her baby to the adoptive parents.

Expressing happiness over the development on Thursday morning, Anupma said: "Will be reporting before the CWC later today. The committee has directed that the baby be brought back from Andhra Pradesh. Once it's here, a DNA test will be conducted. Am happy that things have come to this stage.My protest will not be called off till action is taken against the guilty officials."

SFI activist Anupama, granddaughter of one of the topmost yesteryear CPI-M leaders in the state capital, and her husband Ajith had approached the State Police chief and the Child Welfare Committee in this regard.

The couple was forced to approach the media after their pleas to the top officials went unheard.

According to sources, the CWC had allegedly given away Anupama's child to an Andhra Pradesh couple for adoption last year and the young parents are hopeful that the DNA test will reveal the truth, as along with this baby, there was another baby which was given to adoptive parents, here and a DNA test on that baby turned negative.

Soon after the media hype, a family court in the state capital put a stop to further proceedings of formalising the adoption.

Chief Minister Pinarayi Vijayan and the CPI-M had come under severe duress in the public domain in the way allegations surfaced how the party and the Vijayan government acted in this case and had it not been for the media blitz, Anupama would not have had any chance to get her baby back, as she has been knocking on all doors ever since the baby was taken away from her four days after she gave birth.