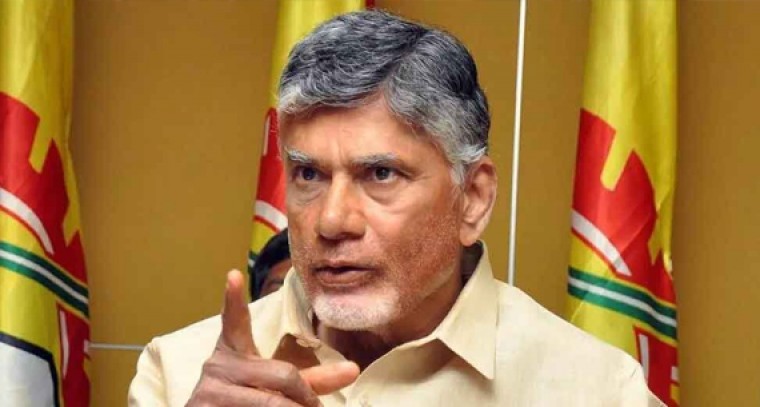 Amaravati, Nov (IANS) The YSR Congress Party (YSRCP) swept the elections to 13 urban local bodies, winning 12 of them including one in Kuppam, the Assembly constituency of TDP president N. Chandrababu Naidu.

The ruling party bagged Nellore municipal corporation and 11 other municipalities.

The counting of votes polled in the elections to 13 municipal bodies on Monday was taken up on Wednesday.

Calling it an unprecedented 'Jagan' wave, YSRCP said its tally mounted to a staggering 98 out of 100 urban local bodies. The ruling party had won 86 out of 87 ULBs that went to polls earlier this year.

The election to 13 urban local bodies could not be conducted for various reasons.

In a big blow to leader of opposition and former chief minister Chandrababu Naidu, YSRCP wrested Kuppam municipality, winning 19 out of 25 wards. The Telugu Desam Party (TDP) could win only six wards.

Reacting to the poll outcome, Chief Minister Y.S. Jagan Mohan Reddy said the massive victory was possible due to the god's mercy and the blessings of people. He tweeted that people of both urban and rural areas reposed faith in the government.

The chief minister thanked people who gave 97 out of 100 marks in municipalities and corporations.

The 'Jagan' wave, which started with YSRCP backed candidates winning 10,536 panchayats out of 13,031, continued with the party securing a majority of 2,71,592 votes in the Tirupati by election and winning 98 per cent of ZPTCs and 86 per cent MPTCs, seems to be unstoppable, with this result coming in, considering the recent sweep in Badvel with a whopping 76 per cent margin, the ruling party said.

Ramachandra Reddy said the people of Kuppam have supported Mohan Reddy's governance, who took welfare to the doorstep of the beneficiary. He said that YSRCP has won in all panchayat, parishad, and municipal polls in Kuppam, registering a landslide in Chandrababu Naidu's own constituency.

The minister alleged that Chandrababu Naidu hijacked TDP from NTR and eventually withered it with his incompetence. He said that it is time that TDP must be handed over to the NTR family members and recommended Naidu should stay in Hyderabad after the series of defeats.

Meanwhile, TDP state president K. Atchannaidu challenged the chief minister and his Ministers to dissolve the Assembly and seek fresh mandate from the public. He alleged that they were unethically boasting of huge victories to their party in the municipal polls.

If the YSRCP would secure victory in the Assembly election, then the TDP would accept its defeat and close down its political operations in the state, he said.

The TDP leader said that YSRCP committed all sorts of election offences in the Kuppam municipal poll. The women and young voters were shocked at the manner in which the Jagan regime misused the police and election machinery. Truly speaking, the YSRCP civic polls victory should be dedicated to the DGP for his total partiality and bias in favour of the ruling party, he said.