Education should not become a business: APSERMC chairman 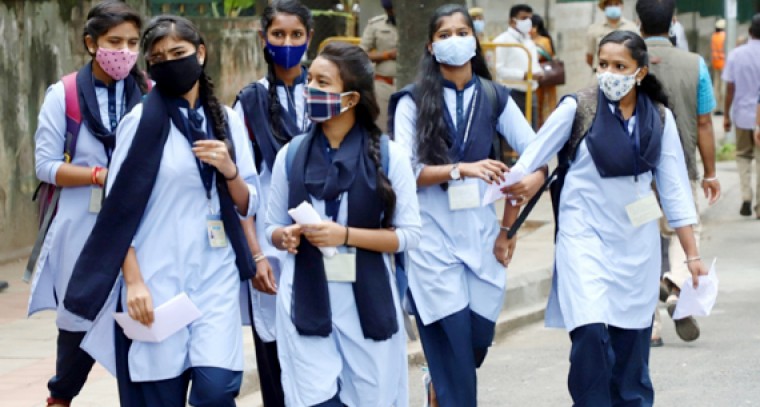 Amaravati, Aug (IANS) Imparting education should not become a business and the Andhra Pradesh School Education Regulatory and Monitoring Commission (APSERMC) will take action against institutions which are extorting excessive fees without basic facilities, said an official on Thursday.

"Education should not become a business and the commission will take action on those private educational institutions which are extorting excessive fees without even basic facilities," said APSERMC chairman R. Kanta Rao.

On Thursday, Rao along with other members of the commission, addressed the media after the new capped fee structures were fixed for private schools and private unaided junior colleges for the first time in the history of the state.

The commission capped school fees between Rs 10,000 to Rs 18,000 per annum from nursery to the tenth standard in three categories depending on the type of location.

Similarly, it capped intermediate course fees between Rs 12,000 to Rs 20,000 per annum for various courses, including hostel and coaching fees for both schools and junior colleges.

Hostel fees have been capped between Rs 18,000 to Rs 24,000 per annum while it is a uniform Rs 20,000 cap per annum on competitive examination coaching for students in intermediate courses.

Rao said these fee structures will hold good for three years and were arrived at according to the directions of the state government.

Principal Secretary B. Rajsekhar recently noted that some corporate intermediate colleges are extorting more than Rs 5 lakh for the two-year intermediate course, clubbing competitive examination coaching and other meagre facilities.

The APSERMC chairman highlighted that there is a vast difference in terms of schools and junior colleges fee structures between Andhra and other states.

"Without notifying the fees, private educational institutions are collecting excessive fees from students. Other states notified private institutions' fees but nobody cared to do so in Andhra for the past 20 years," Rao said.

Under these circumstances, the commission took the necessary steps to regulate fees in these educational institutions, he said.

The chairman said the commission ordered a deduction of 30 per cent tuition fees amid the pandemic in 2020.

He asserted that in the event of private educational institutions hiking fees indiscriminately, the commission will regulate them as well as recommend further action to the state government.

He noted that the parents have the right to know about the issue of fees and invited them to lodge a complaint with the commission if the fee rules are violated by demanding more fees than the commission's defined fee structure.

"With these new government announced fee structures, 80 per cent of the private educational institutions will not face any hiccups. Last year, the commission checked 360 schools and found that they were collecting excessive fees without even basic facilities," he observed.

The regulatory body recommended action against 120 colleges for not following government rules.

Rao said these private institutions are required to share details such as the fee structure, availability of playground, monthly salaries paid to teachers and others.

All these schools and junior colleges are also required to exhibit the commission-determined fee structures prominently through their bulletin boards.