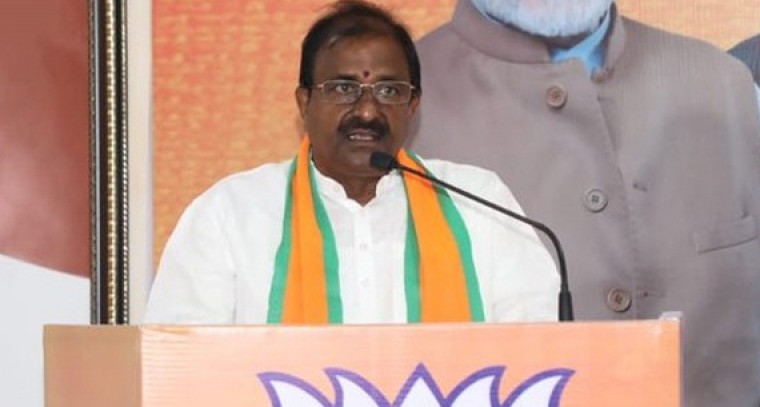 "I am taking my first step to end the anti-Hindu sentiment of the Yuvajana Sramika Rythu Congress Party (YSRCP)," alleged Veerraju.

He claimed that Chief Minister Y.S. Jagan Mohan Reddy is making his MLAs and ministers to work with anti-Hindu sentiment.

Veerraju and several other saffron party leaders staged a sit-in to protest against the plans to install Tipu Sultan's statue.

According to the BJP president, Sultan was a 'barbarian with maniacal communalism who massacred thousands of Hindus'.

The opposition leader alleged that Reddy was supporting the setting up of a statue of the controversial figure like Sultan.

Veerraju has taken up Chalo Proddaturu, as part of the temple tour programme across the state, aimed at protecting them amid alleged attacks over the past months.

Under this programme on Monday, Veerraju visited Sri Kodandarama Swamy temple at Ekasila Nagari where Ram, Lakshman and Sita images were sculpted on a monolith rock.

He also visited Srisailam and delivered speeches on protecting temples.