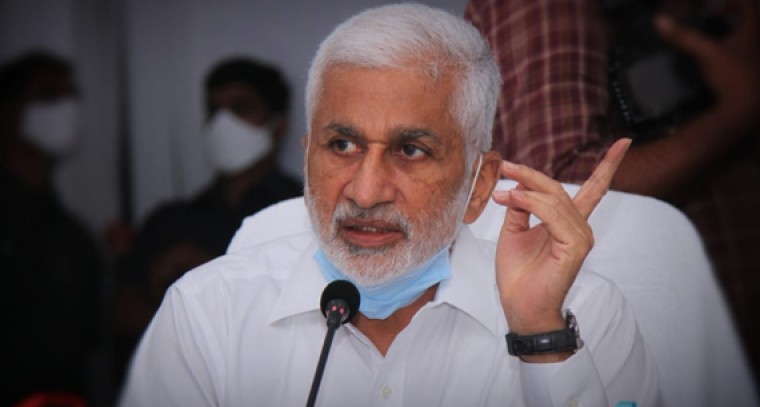 Amaravati/New Delhi, July 9 (IANS) Senior YSRCP leader V. Vijayasai Reddy on Friday said that he is seeing "bias" in Lok Sabha Speaker Om Birla with respect to the way he is dealing with the party's demand for disqualification of rebel party MP Kanumuru Raghurama Krishna Raju.

"According to the Supreme Court's verdict, there should be no delay when it comes to disqualification matters. However, in the case of Raju, the Speaker is not taking any action since a year. I could see bias in his position," said Reddy, a Rajya Sabha member.

If this continues, the YSRCP leader threatened that they would agitate in the Parliament meetings.

Nearly a year has passed by since the party first asked Birla to disqualify Raju for turning against the party as well as Chief Minister Y.S. Jagan Mohan Reddy.

Reddy followed up these remarks against Birla after meeting him in his office on Thursday, along with fellow Parliamentarians Mithun Reddy and Margani Bharat, to reiterate the demand to disqualify the rebel MP.

Meanwhile, the Narasapuram MP continues to enjoy a rapport with most of the Bharatiya Janata Party (BJP) leaders in the national capital, and regularly meets them.

On Wednesday, a day before Vijayasai Reddy could meet the Speaker, Raju met Birla in his office for a "courtesy call".

He also met G. Kishan Reddy after his swearing in as a Union Cabinet minister and 'congratulated' him.

Vijayasai Reddy said Raju won on behalf of the YSRCP but is doing injustice to the people of Narasapuram.

"Lok Sabha Speaker is whiling away time without taking any action on Raju's disqualification. If he continues like this, we will protest in the Parliament meetings," he warned, stressing that there should be no delay in this matter.

For the past several months, Raju has been mostly dividing his time between Hyderabad and Delhi, ignoring his Narasapuram constituency where several villages continue to suffer from lack of potable drinking water and several other issues.

The MP is also embroiled in a few bank fraud cases which are being probed by the Central Bureau of Investigation.