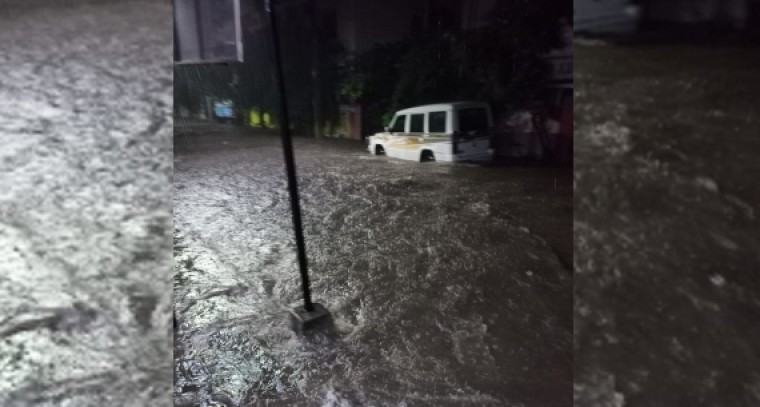 Amaravati, Nov 19 (IANS) Heavy rains lashed Nellore, Chittoor and Kadapa districts on Friday under the influence of depression which crossed north Tamil Nadu and adjoining south Andhra Pradesh coasts between Puducherry and Chennai in the early hours of the day.

Low-lying areas in the three districts were inundated while rivulets, streams, tanks and reservoirs were overflowing.

The massive downpour has paralysed normal life. Authorities have declared a holiday for all educational institutions in the affected districts.

According to the Indian Meteorological Department, the depression over southwest Bay of Bengal crossed the coast between 3 a.m. and 4 a.m., triggering heavy rains.

Winds at a speed of 45 to 65 km per hour are likely along the coast. Authorities have warned fishermen against venturing into the sea.

On the direction of Chief Minister Y. S. Jagan Mohan Reddy, these officials reached the respective districts on Thursday night. The officials will personally supervise relief operations in the wake of floods triggered by heavy rains. They will submit reports to the Chief Minister on the situation.

Meanwhile, several areas of the temple town of Tirupati remained flooded on Friday. Heavy rains since Thursday wreaked havoc in the town.

Residents in inundated areas were still waiting for water to recede. Schools and community halls, which were turned into relief camps, were also inundated.