Internet connectivity in over 4,000 Andhra villages by year-end 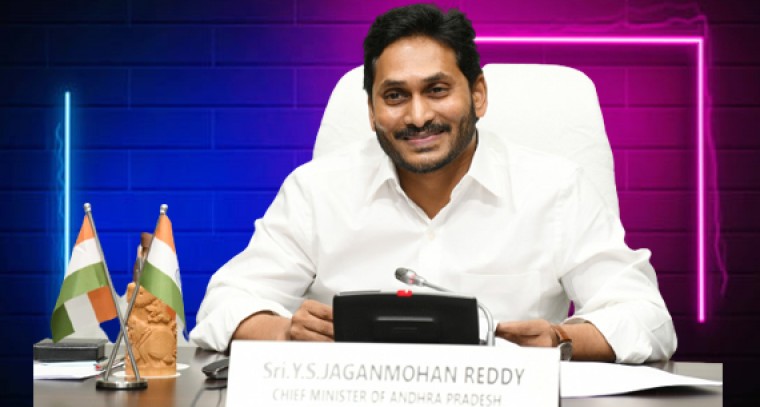 During the Spandana video conference with district Collectors and Superintendents of Police, he also stated that work from home facility will be available in the villages soon and directed the officials to take steps to complete construction of digital libraries by then.

He also said that Covid positivity rate has decreased from 25.56 per cent to 2.5 per cent while recovery rate has improved to 98.63 per cent. He, however, cautioned against negligence till 100 per cent vaccination, and directed officials to take stringent action against violation of Covid protocols. He said teaching hospitals and hospitals should be prepared for third wave and necessary equipment and medicines should be made available.

The Chief Minister also said required staff should be made available in village clinics, PHCs, CHCs, area hospitals, and district hospitals from November 15 and deputations should be canceled completely. He asked officials to ensure oxygen generation plants in private hospitals with more than 100 beds.

He said the state government will be able to give at least one dose of vaccine to 3.5 crore people by November 30 and two doses by February 2022 and directed the Collectors to focus on vaccination process. He also instructed officials to focus on malaria, dengue, diarrhoea, and typhoid.

Reddy said he would visit and inspect village secretariats from December. MLAs will be suggested to visit four secretariats per week from next month.

The Chief Minister said citizen outreach programme should be conducted on last Friday and Saturday of every month starting September 24 and added that pamphlets with details of welfare schemes, services and important phone numbers should be distributed among people to create awareness on government activities.

He directed the officials to focus on pending cases in courts related to house sites distribution and said the cases were reduced from 834 to 758 since last Spandana conference and 76 cases were solved benefitting over 8,000 people.