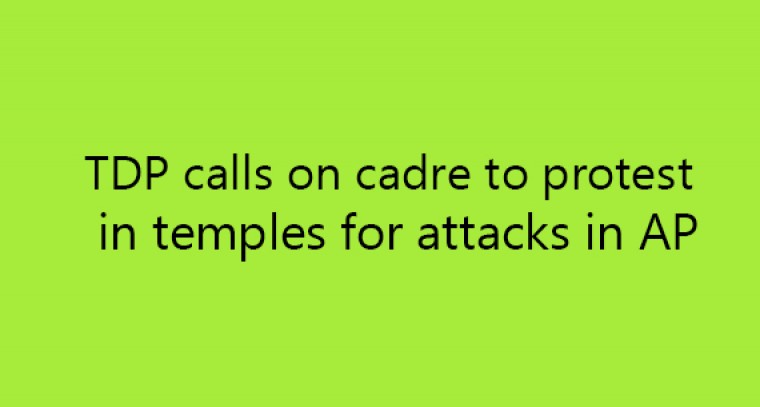 Amaravati, Sep 12 (IANS) Leaders from Andhra Pradesh opposition, Telugu Desam Party (TDP), have called on the party supporters to protest at various temples on each day for a week against the attacks on Hindu temples on Saturday.

Popularly known as Bonda Uma, he was a former MLA from Vijayawada central constituency, former board member of Tirumala Tirupati Devasthanam and national spokesperson of TDP.

He called on the party supporters to flock the temples for a week to make this protest demonstration against the ruling YSRCP government a grand success.

"At a time when attacks are happening on Hindu temples, it is our duty to protect them. If these many incidents have happened in the first 15 months of YSRCP party coming to power, then they are working in a way that no temple will remain," claimed Uma.

Meanwhile, AP Endowments Minister Vellampalli Srinivas Rao warned that if any of the regular devotees at the temple are disturbed or caused any discomfort, strict action will be taken against the protesters.

"I am clearly telling TDP leaders and Chandrababu Naidu that if there is any disturbance to peace and security at any temple or any discomfort to devotees, we will not spare them," said Rao.

He said affairs in the temples must occur in a peaceful and pleasant environment. Rao accused Naidu of bringing deplorable politics even into the temples.

"If I see any political flags in the temples or any political protests in them or any disturbance to temple priests, then we will take stringent action," observed the endowments minister.