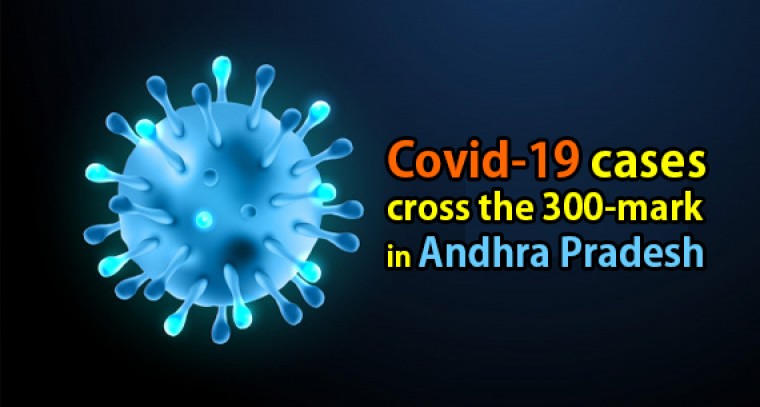 Amaravathi, April  (IANS) The number of persons testing positive for Covid-19 in Andhra Pradesh crossed the 300-mark by 6 p.m. on Monday. The state's nodal officer for Covid-19 stated that 37 new cases have been detected from the tests conducted between 9 a.m. and 6 p.m.

One person from Krishna district was discharged from the hospital on Monday. With this, the number of persons cured of Covid-19 stands at 6 in the state.

Continuing with the trends observed in the past few days, the highest number of persons testing positive were detected in Kurnool district. With 18 new cases testing positive, the district's tally rose to 74 on Monday evening.

Of the remaining cases, Nellore reported 8, West Godavari reported 5 and Kadapa reported 4 cases, while 1 case each were reported from Krishna and Prakasam districts.

With numbers on the rise and clear link to the Delhi-returnees, the state government had on Sunday decided to conduct screening in clusters in the red zones.