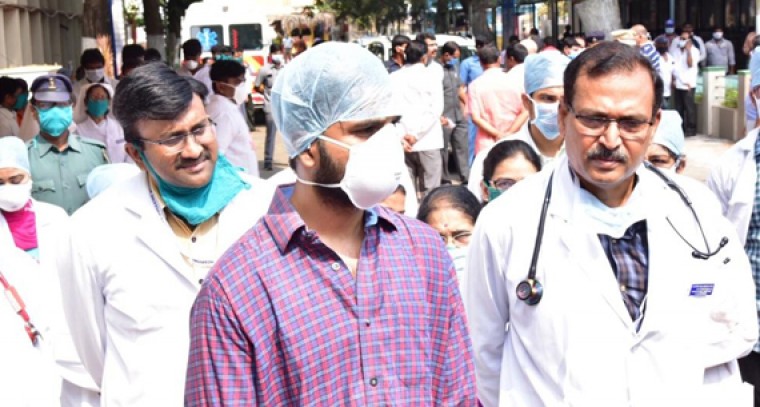 AP's nodal officer Srikant Arja stated that a 55-year old Sheikh Subhani, who was admitted to the General Hospital in Vijayawada at 11.30 am on Monday, breathed his last, an hour later at 12.30 pm.

However, there was a delay in confirmation behind the cause of the death because the authorities needed to rule out pre-existing conditions as likely causes of death. Following tests, the authorities concluded that Subhani had died of COVID-19 and made the announcement on Friday.

At the time of admission to hospital on Monday, Subhani was known to suffer pre-existing medical conditions such as hypertension, diabetes and cardiac problems.

Arja said, "When Subhani visited the hospital on March 30, swab sample was taken immediately and the sample sent for testing within the hour. However, Subhani passed away in the meanwhile."

Subhani was a resident of Kummaripalem, near Vijayawada. The authorities have identified and put 29 of his contacts in quarantine.

Sheikh Subhani's son had returned to Vijayawada from Delhi, by flight, on March 17. On March 31, Subhani's son tested positive for COVID-19.A His flight details and other COVID-19 protocol formalities have been completed by the state government.

The number of COVID-19 affected persons in AP reached 162 on Friday morning.