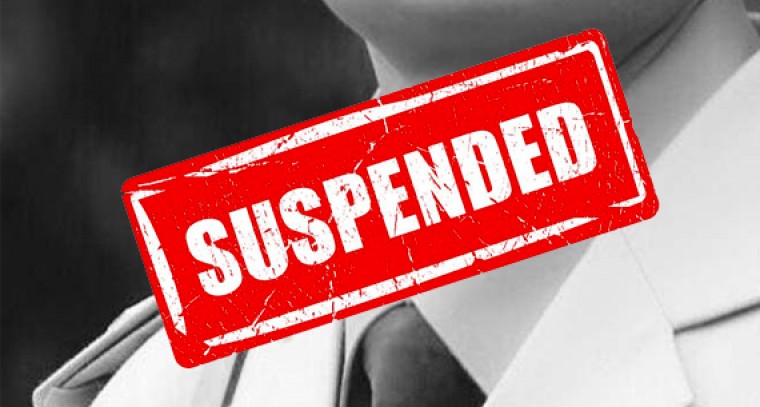 The Andhra Pradesh government has placed a senior police officer under suspension for his alleged "acts of treason towards the nation".

The state government late on Saturday issued an order placing Director General of Police-rank officer A.B. Venkateswara Rao under suspension for serious misconduct in the process of procuring security equipment.

Chief Secretary Nilam Sawhney issued an order placing Rao under suspension based on a report submitted by Director General of Police Gautam Sawang.

The Government Order (GO) says the official is placed under suspension in the public interest, pending initiation of disciplinary proceedings.

The Indian Police Service (IPS) officer of 1989 batch has been directed not to leave Vijayawada without obtaining government permission.

"This proves a direct co-relation between the accused officer and a foreign defence manufacturing Firm, thus establishing a direct breach of ethical code of conduct and Rule (3)(a) of All India Service (Conduct) Rules, 1968," says the report.

It was found that Rao's action led to credible security threat towards the state and the nation. He is accused of wilfully disclosing intelligence protocols and procedures of Police to foreign defence manufacturing firm.

"This is a direct threat to national security as intelligence protocols are standard throughout the Indian Police Force."

"Based on facts uncovered via investigation, prima facie evidence is established on the grave misconduct and irregularities, which were wilfully committed by the accused officer resulting out of conscious and premeditated act of treason towards the state and nation," says the report.

According to the document, the actions of the accused officer could critically hamper the security situation of the state though use of sub-standard equipment by police force may put them in a dangerous situation, access to state secrets and potential monopoly over all future procurements of AP police due to access to insider information.

This act was wilfully done for pecuniary gain involving his son by raising a proxy company to make monetary gains, it added.

Considered close to then chief minister N. Chandrababu Naidu, Rao was removed as the intelligence chief after Y.S. Jagan Mohan Reddy assumed office in May last year. He was since waiting for a posting.

Earlier, on the eve of the elections in April, the Election Commission had ordered the transfer of the intelligence chief following a complaint filed by Jagan Mohan Reddy's YSR Congress Party (YSRCP). The then opposition party alleged that Chandrababu Naidu was using police officials to subvert election process in the state.

YSRCP had also claimed that Rao was behind the defection of nearly two dozen YSRCP MLAs to then ruling Telugu Desam Party.