Vizag will compete with Hyderabad in 10 years: Jagan 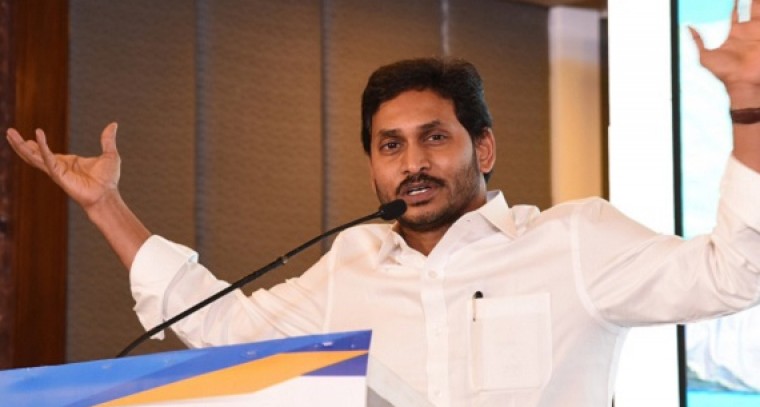 Strongly defending his decision to shift the administrative capital of Andhra Pradesh from Amaravati to Visakhapatnam, Chief Minister Y.S. Jagan Mohan Reddy on Wednesday exuded confidence that the capital city would be able to compete with Hyderabad, Bengaluru and Chennai in a decade.

Stating that the state has no financial capability to develop a grandiose capital like Amaravati, he said by announcing three capitals to ensure decentralisation, he has done what a father would do.

"I have done what a father would do. I am bestowed with the responsibility of being father of the state. I have down my fatherly duty to the best of my ability," Reddy said defending the decision to distribute the capital's functions among Amaravati, Visakhapatnam and Kurnool.

The Chief Minister explained the rationale behind his move at Education Conclave organized by 'The Hindu' here. He was replying to a query from 'The Hindu' Chairman N. Ram.

Reddy said if he had not taken the decision, it would have badly affected the future generations. "As the Chief Minister I am answerable to the next generation, which expects jobs and engine of growth. They come out of college with degrees in hands looking for jobs. Where will they get. I don't have funds to complete a grandiose capital like Amaravati," he said.

Jagan, as the Chief Minister is popularly known, said while providing basic infrastructure in Amaravati alone would have cost Rs.1.09 lakh crore as per the estimates of the previous government, Visakhapatnam can be developed as the capital by spending only 10 per cent of this amount.

"Imagine what would it (Amaravati) contribute. It would be just a drop of water in an ocean. It would not even be visible whereas Visakhapatnam or Vizag is already number one city in Andhra Pradesh. It has all the infrastructure already in existence. Out of this one lakh crore, even 10 per cent of this amount if I were to put in Vizag at least if not now, if not in 5 years, at least in 10 years we would be competing with Hyderabad, Bengaluru and Chennai," he said.

He claimed that by breaking the seats of governance into three parts, he tried to justice to all. He clarified that Amaravati continue to have the Legislative Assembly. "It has not been deprived of anything. The growth will take place in the natural course."

He said Vizag would become executive capital, where the Chief Minister and Ministers would sit and the Secretariat and heads of department would operate. Kurnool in Rayalseema would be the judicial capital.

He reiterated that Naidu and his "cronies" bought huge chunks of lands in Amaravati after Naidu became the Chief Minister and before announcing the capital.

He said to develop basic infrastructure on 53,000 acres of land pooled by the previous government, it required Rs.1.09 lakh crore at the rate of Rs 2 crore per acre. Stating that the state has no capability to pump in such huge money, he pointed out that the Centre provided Rs 1,500 crore which was peanuts. "I don't expect anything beyond this."

Jagan said the Rs 1.09 lakh crore required for Amaravati would have become Rs 3-4 lakh crore with interest added to it.

Stating that his predecessor Chandrababu Naidu spent only Rs 5,677 crore on Amaravati in five years, he said if this government was to go ahead with Amaravati, the state would have no proper capital even after five years.

He disagreed with Naidu that Amaravati has the land bank. He said after leaving the lands as per National Green Tribunal (NGT) norms, it would have been left with just 5,200 acres.

He also pointed out that Amaravati is neither in Vijayawada nor in Guntur but in the virgin land with no infrastructure, not even two-land access road.