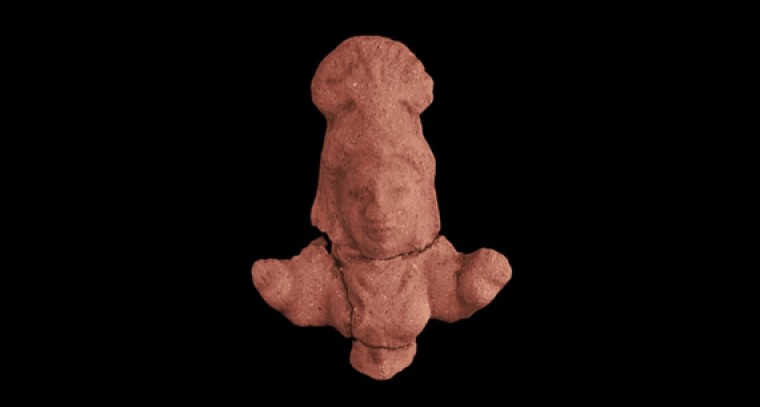 New Delhi, Oct 25 (IANS) The Archaeological Survey of India (ASI) has unearthed a 2000-year old historic trade settlement in Andhra Pradesh's Gottiprolu village, along with a Pallava-period Vishnu statue, it said on Friday.

The excavation done, 80 kilometres east of Tirupati and Nellore, by the ASI team has discovered the remains of a huge settlement surrounded by a massive brick enclosure. Among many antiquities unearthed, is a life-sized Vishnu sculpture and a wide variety of pottery of the early centuries of the current era.

As per the ASI, a major find from the project was a two-metre high, four-armed Vishnu "standing over a pedestal carrying chakra and conch in his upper right and left hands respectively. The lower right is in bestowing boon and the left hand in 'katihastha' (resting on the hip) posture."

On the basis of iconographical features such as elaborate headgear, thick holy thread and decorative drapery, ASI has dated it to 8th-century AD in the Pallava period, which is said to have ruled the area from early 4th to late 9th century AD.

However, other finds, like elliptical, circular and rectangular brick structures, possibly date back to a much earlier time.

"The available brick sizes (43-48 centmetres) are comparable with the Satavahana or Ikshvaku period structures in Krishna river valley (Amaravati and Nagarjunakonda). On the basis of brick size and associated findings, they can be placed anywhere between 2nd-1st century BC or little later, which makes them nearly 2000 years old," the ASI said in a statement.

According to the ASI, "further explorations within a radius of 15 kilometers have revealed a fortified early historic settlement at Puduru, Subrahmanya temple at Mallam, a unique rock-cut laterite stepped well at Yakasiri, (and) Vishnu temple at Tirumuru".